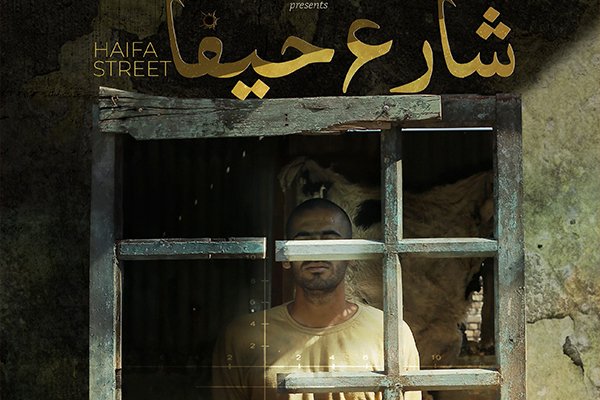 Four films distributed by MAD Solutions will screen at the first Amman International Film Festival, which is scheduled to take place from August 23 to 31.

The films include the three feature films: Between Heaven and Earth by Najwa Najjar, Abou Leila by Amin Sidi-Boumedine, and Haifa Street by Mohanad Hayal, and the short film Adam by Mohammed Al-Muradi.

The competitive section is reserved to Arab filmmakers and a non-competitive international section will showcase debut films from all over the world. The Festival also offers master classes, seminars, pitching sessions and discussions with directors and film stars.

Haifa Street will be screened on August 25 at 8:30 pm UAE time.  Set in Baghdad in 2006, the film revolves around Ahmed who is shot by a sniper on his way to his beloved Suad’s house to ask for her hand in marriage.

Adam tells the story of a little boy named Adam who tries to convince his friend that his father is not a liar. The film won the Bronze Award at the Damascus Cinema Days in Syria and the Special Jury Award at the Youth Cinema and Short Films Festival in Syria.

Written and directed by Mohammed Al-Muradi, Adam stars, Hasan Al-kurdi, Hashem Khaddour, and Kifah Alkhous. It will be screened on August 25 at 8:00 pm.

Based on a true story, Between Heaven and Earth follows Salma and Tamer, a thirty-something couple who have been married for the past five years and are now getting a divorce in the courts in Nazareth in Israel.

Written and directed by Palestinian director Najwa Najjar, Between Heaven and Earth is produced by Ustura Films, in coproduction with Luxemburg’s Paul Thiltges Distributions and Iceland’s Oktober Films. The film will be screened on August 26 at 8:30 pm UAE time.

Set in 1994, Abou Leila follows two friends from childhood who travel through the desert looking for Abou Leila, a dangerous terrorist on the run.

Written and directed by Amin Sidi-Boumedine, Abou Leila stars Slimane Benouari, Lyes Salem, and Azouz Abdelkader. The film is scheduled to be screened on August 29 at 8:00 pm.