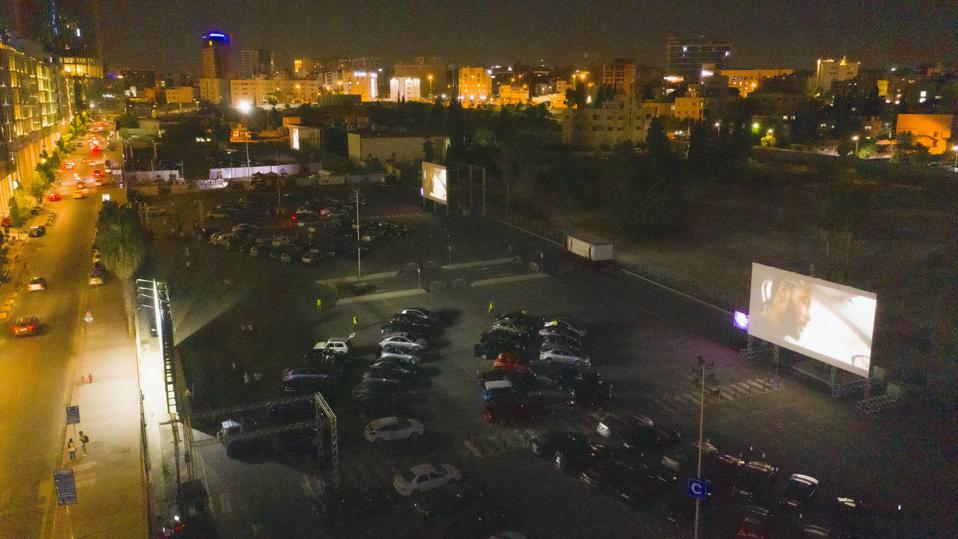 Amid the most unprecedented and extraordinary of circumstances, the inaugural edition of the Amman International Film Festival (AIFF) kicked off on August 23 with a drive-in cinema-styled opening night. After being postponed from its original mid-April dates, the AIFF saw around 400 people in attendance for its opening, including Prince Ali Bin Al-Hussein, the chairman of Jordan’s Royal Film Commission and his wife, Princess Rym Ali, the festival’s president.

In most years, organizing a film festival is already a massive, labor-intensive undertaking, involving extensive hours programming films, putting together masterclasses, panels, post-screening discussions, as well as coordinating hospitality for guests from all corners of the film industry — and the world. Launching the inaugural edition of a film festival amid a global pandemic is even more a feat of faith, resourcefulness and perseverance.

Since the Covid-19 pandemic brought festival preparations to a halt in mid-March, organizers had to deliberate whether to forge ahead with the festival, taking into account the country’s health situation. With the number of Covid-19 cases remaining relatively low, the festival team decided to go ahead with the event, adapting it to comply with safe distancing guidelines. As the Amman airport is still closed to visitors under Covid-19 restrictions, the festival’s overseas jury members are holding deliberations online. Panelists and filmmakers, wherever they are based, are still involved in AIFF’s virtual sharing sessions, workshops and talksز

“We thought of filmmakers, those who have their films competing, those who have their projects in need of support,” shares festival director Nada Doumani on the decision to push forward with AIFF’s launch. “These filmmakers have had very little opportunities in the past year to show their films and be acknowledged. Those whose films need support to be completed are struggling more than ever.”

Doumani also recognized the heightened sociocultural importance of film and the festival’s position within these conversations, “During lockdown, we watched movies more than ever, as a form of escapism but also because we were in need of culture to resist, to heal, to overcome these peculiar times.” Inaugurating a film festival to spotlight Jordanian talent is a long overdue step for the country, which has served as a popular film location for Hollywood productions like Star Wars’ Rogue One, Indiana Jones and the Last Crusade and Lawrence of Arabia.