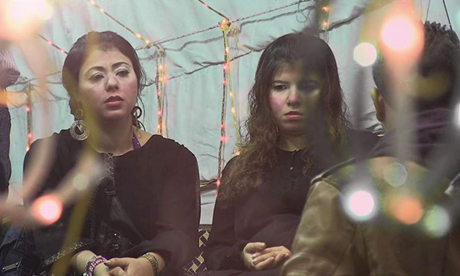 Ramez Youssef’s The Profession was announced one of the winners at the closing of the inaugural Amman International Film Festival (23-31 August).

The Egyptian documentary received the Jury Special Mention for its “very daring topic, leading us to the hidden world, into the depths of society through the belly dance profession that is very hard to reach,” festival organisers said.

The Profession, and Seif Abdalla’s Noum El-Deek, are the only two Egyptian feature-length films competing for the Black Iris Award in the festival’s Arab Documentary category.

According to the brief posted on IMDb, The Profession “is a journey to the dark side of the Egyptian traditional folk weddings as it tells the story of the belly dancers that dance in these weddings and their complicated relationships with their husbands who happen to also manage their business. It is a world where personal feelings conflict with business and the destiny of these people is then formed.”

The Profession was nominated for the Best Feature Film Award at the Feature Film Competition of the Malmö Arab Film Festival (2019).

In addition to the mention for the Egyptian documentary, two Egyptian films were awarded post-production support by the festival. Home There… Cinema Here, by Nidal Al-Dibs, produced by Mostafa Youssef (Syria/Egypt), was granted an award of $7,000 from Rum Pictures (Jordan) for colour grading services, and The Lottery, by Karoline Kamel and produced by Mai Saad (Egypt), was granted participation in MAFF Market Forum – Post Production Platform from the Malmö Arab Film Festival.

The Amman International Film Festival was scheduled for April but was postponed due to the coronavirus pandemic.