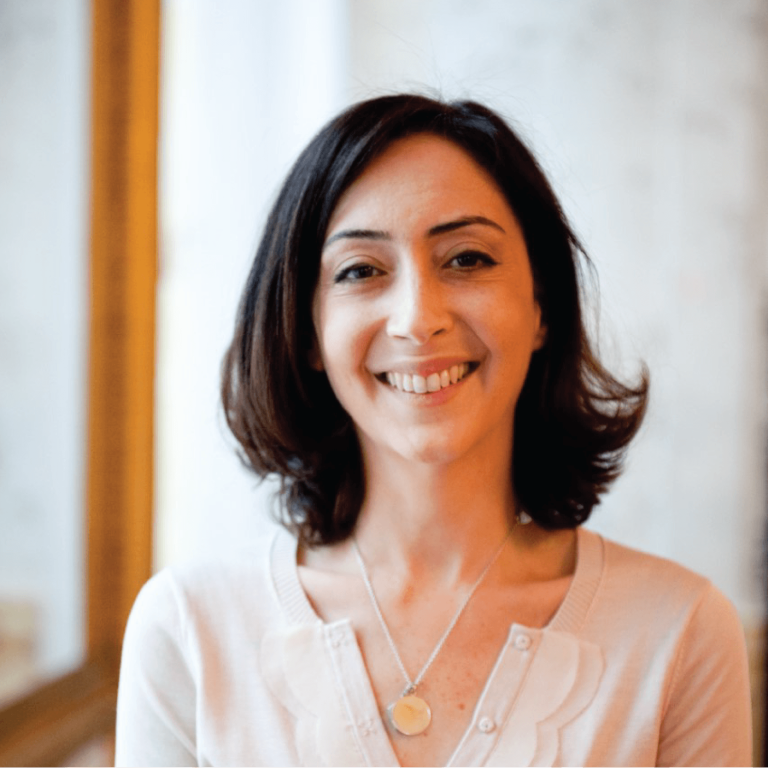 Princess Rym Ali is the founder of the Jordan Media Institute and the Executive Commissioner at the Royal Film Commission – Jordan since 2005. Prior to marrying Prince Ali Bin Al Hussein in 2004, Princess Rym worked for several international media outlets, including CNN, BBC, Dubai TV, Bloomberg TV, Radio Monte Carlo Moyen-Orient and United Press International-UPI. A graduate of Columbia University’s School of Journalism, Princess Rym also holds a MPhil in Political Science from the Institut d’Etudes Politiques in Paris and a MA in English Literature from the Sorbonne.

Princess Rym is the recipient of numerous prestigious awards and decorations for her role in developing media and journalism in Jordan and the region. The most recent was in April 2018, when she received the “Order of Prince Henry the Navigator” in Lisbon, in recognition of her efforts in the field of culture and intercultural exchange.

America Abroad Media (AAM) honored Princess Rym for her significant role in media at the 5th Annual “Power of Film” Awards held in Washington D.C. in November 2017. In November 2013, the United Kingdom’s Coventry University conferred an Honorary Doctor of Letters degree on Princess Rym. In October 2012, she received the “Excellence in Media Award” from the “Global Thinkers Forum”. In September, 2011, Princess Rym was decorated with the “French Knight of the Legion of Honor” by the French ambassador to Jordan. Also in 2011, she received the Alumni Award from the Columbia University School of Journalism. Princess Rym is passionate about cinema, in which she has very eclectic tastes.

She likes to quote the poet and novelist Margaret Atwood: “You’re never going to kill storytelling, because it’s built in the human plan. We come with it.” 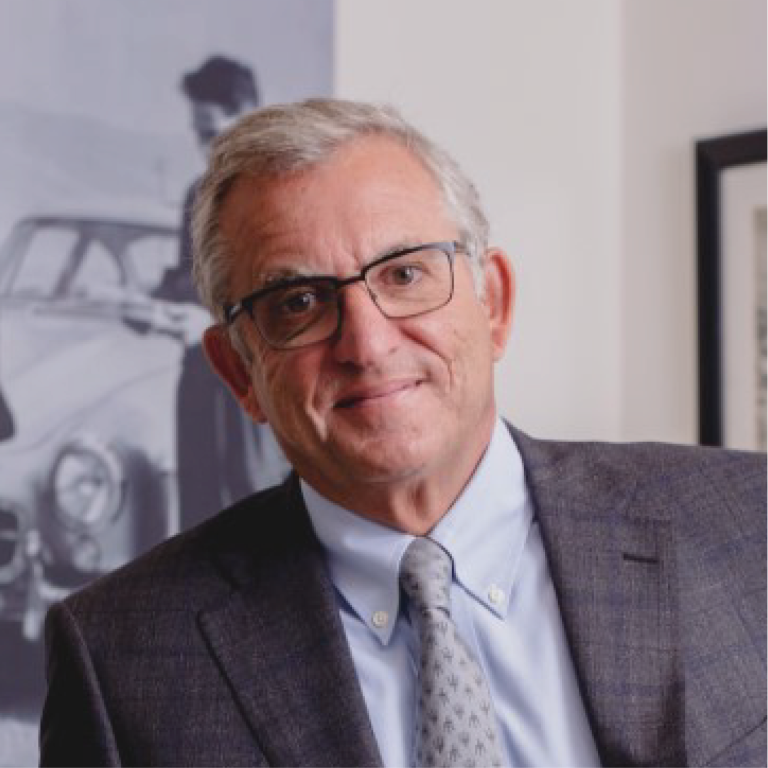 Raja Gargour holds an MBA from Loyola University in Los Angeles, California and has since been an active member in multiple Jordanian organizations, institutions and NGO’s. In 2003, he conceptualized, designed, and opened the Royal Automobile museum. He is also on the board of trustees of the Royal Tank Museum, serving as the Chairman of the Steering Committee. Gargour chairs the board of directors of the National Children’s Museum, and, as a member of the Royal Motorcycle Club of Jordan, has the responsibility of amending the laws and lobbying for the safe use of motorcycles in Jordan.

Gargour is also the Chairman of the Aero Sports Club where he is responsible for the governance of all aero sports in the country. Gargour is a member of the Executive Committee of the Board of Commissioners at the Royal Film Commission – Jordan and is currently the director of the Royal Heritage Directorate. Raja Gargour enjoys listening to Jazz and Rock music, and is a fan of automotive history and cinema.

His favorite films are “Cinema Paradiso”, “Mediterraneo” and he is fond of all movies made by the Coen brothers and Mel Brooks. 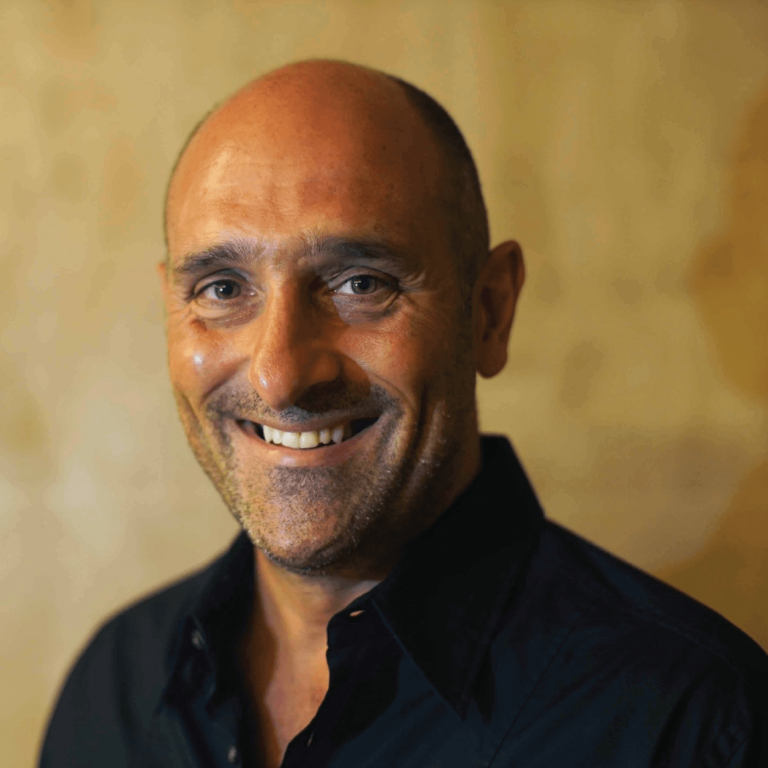 Omar Masri is the Group Managing Director of Edgo, a prominent regional oil & gas group with operations throughout the Middle East and Africa. He has over 28 years of experience, including in investment and commercial banking. In 1996, and prior to joining Edgo, Masri established Atlas Investment Group, a leading investment banking boutique operating in the Middle East and North Africa. In 2004, the Arab Bank Group acquired Atlas and made it its investment banking arm (“AB Invest”), and Masri was appointed as Arab Bank’s first Global Head of Investment Banking. Prior to Atlas, Omar was a Fund Manager in London at Foreign & Colonial Emerging Markets, where he structured and managed the first regional Middle Eastern and North African investment fund, which was listed on the New York Stock Exchange.

Masri holds a B.B.A. in Finance from the George Washington University and completed a two-year, intensive wholesale credit-training program at the Philadelphia National Bank/Wharton Business School in the United States. He has been a member of the Young Presidents’ Organization (YPO) since 2001 and was selected as a Young Global Leader by the World Economic Forum. An avid skier, Omar Masri enjoys gardening, traveling and running.

His favorite quote on film is by Keanu Reeves: “The whole aspect of cinema and film festivals should be a moment to come together and celebrate art and humanity. It would be a shame if there was such a divide.”

Kinan Jaradat has approximately 20 years of solid experience in small and medium-sized enterprises (SME) development, with emphasis in SME strategic planning, innovation and integration; this experience comes from his extensive work across several continents and countries spanning North America, Europe, the Middle East and the Indian Subcontinent.

Jaradat currently serves as the Group Commercial Director for Abdali Investment & Development PSC. He used to serve as the Director of Business Development at Rubicon Group Holding, Deloitte & Touché Consulting as an Information and Communication Technology and Outsourcing Development Specialist.

Jaradat started his career as an Information System Officer for Aramex. From there he managed the implementation process for its freight system throughout its international locations across the United Kingdom, France, the United Arab Emirates, Saudi Arabia, Bahrain, Syria, Kuwait, Libya and Sri Lanka.

Nadia Abdulhadi Sukhtian was born in Jerusalem, raised in Egypt, England, Jordan and Germany. Her most recent and significant undertaking is translating into English the monumental eight-volume work of the German biblical scholar and orientalist Gustaf Dalman “Work and Customs in Palestine”. In the past, Abdulhadi- Sukhtian produced for Radio Jordan’s English department the half-hour program, “Jordan Weekly”.

Prior to moving Jordan, Abdulhadi- Sukhtian started her career as a journalist at the WDR television station in Cologne, Germany, where she participated in the production of the current affairs behind-the-news program « Zum Tage” as well as several documentaries. She was also an active member of the Bonn office of the Arab League. Abdulhadi- Sukhtianholds a Masters degree in Political Science, Sociology and English Literature from Bonn University. Abdulhadi- Sukhtian continues to be an avid reader, curious traveler and is passionate about keeping the environment clean and beautiful.

On movie-making, she says: “Movie-making is the art form of our time. It can reach, entertain, edify and influence a much wider audience than the novel ever did. In this respect it is a powerful medium and so can play an important role in bringing people and cultures together.”

Submit your name and email to subscribe to our newsletter