Jordan in general, and Amman in particular, has long been an important meeting point for art, history, and culture, merging the past, present, and future. As the host of the Amman international Film Festival- Awal Film, Amman will carry this legacy forward, in the hope of fostering regional and international talent. Amman is considered one of the most modernised regional cities, with everything from shopping centres with world brands, luxurious hotels, international restaurants, modern infrastructure, and telecommunications system to the bustling bazars of downtown, the cobbled walkways and art galleries of the First Circle, and the jasmine scented neighbourhood of Jabal Al-Lweibdeh, where nothing beats enjoying a cup of Turkish coffee as the sun sets over the charming districts of old Amman.

The Festival is hosted in the Abdali Boulevard district, with its state-of-the art theatres, five-star hotels, multiple cafés and restaurants, as well as its pedestrian area.

To learn more about the venue of the festival, visit the Abdali Boulevard’s website.

Amman is a city of contrasts and so there is something in it for everyone, for every age group and interest. Whether you are looking for the arts and culture scene, a glimpse into history, an unparalleled food experience, or the vibrant nightlife, Amman has you covered. 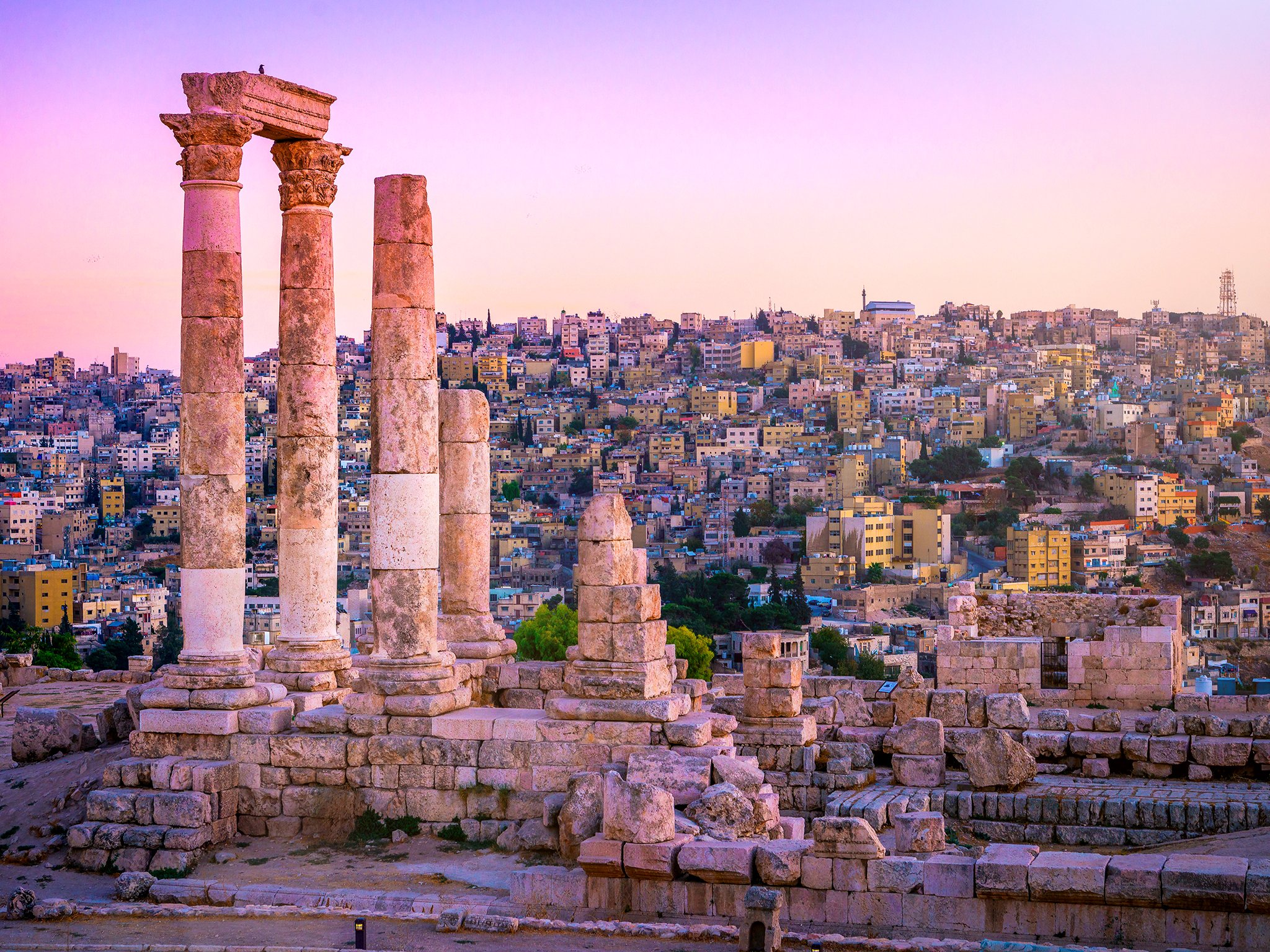 As far as the art scene goes, there are plenty of artistic and cultural spaces to explore, such as: the Film House of the Royal Film Commission – Jordan, described as the doorway to educate and inspire those who want to learn and know more about the audio-visual arts, with a Film Library that has more than 2000 movies and 2500 film-related books; the Jordan National Gallery of Fine Arts, which has the largest collection of artworks by contemporary artists from over 60 countries; Darat al Funun defines itself as a “home for the arts and artists from the Arab World”; the MMAG Foundation, which provides a space for artistic research, production, and critical discourse through its exhibition program, educational projects, and residency spaces; the Royal Automobile Museum with a plethora of classic cars and motorcycles, and finally, don’t forget to visit the two trendy and artsy neighbourhoods: Jabal Amman and Jabal Al-Lweibdeh. With different designers and craftsmen, Amman offers an authentic touch that is somehow lost in this mass production world, with numerous shops and art hubs focusing on local talent. 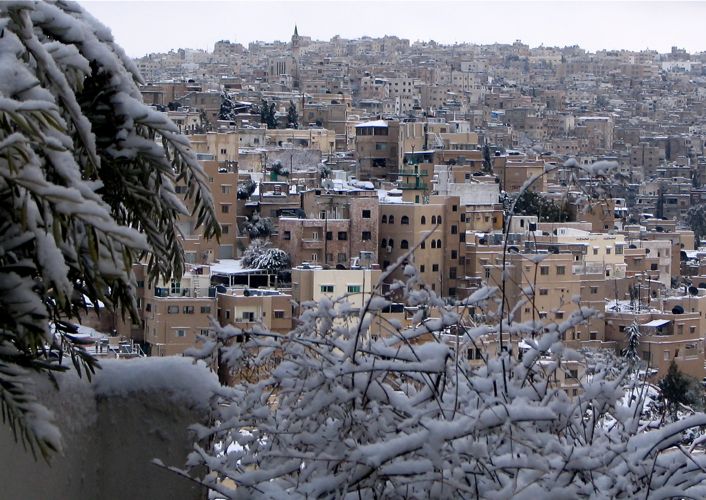 Amman is known for its moderate and dry summers; although it can be relatively hot during the period of the Festival, night-time temperatures are often nice and breezy. Average high temperature during August range between 27°C and 32°C with low humidity, and at night range between 15°C – 20°C. Click here for detailed forecasts. 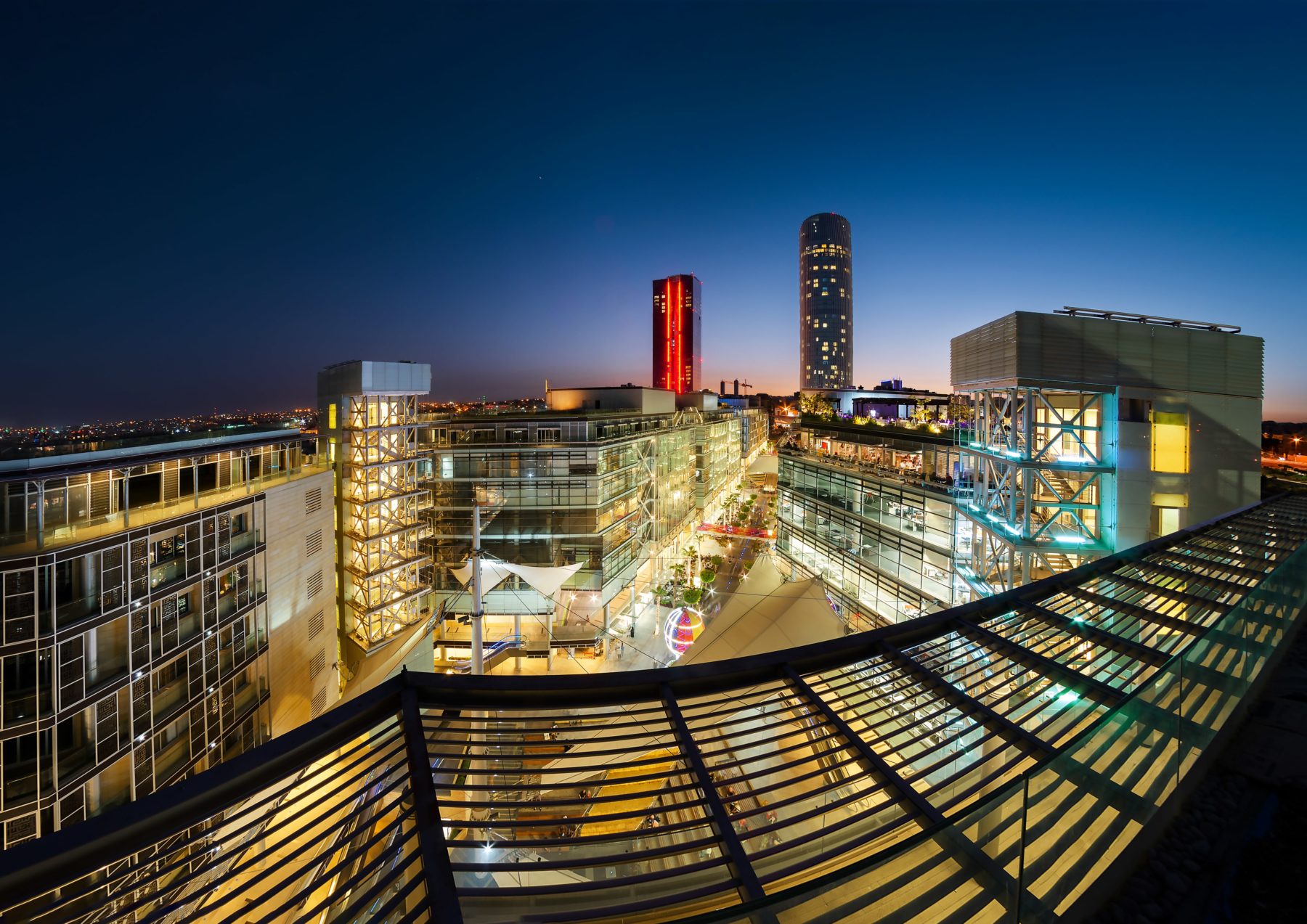 Amman’s nightlife is understated yet vibrant. The metropolitan capital has a range of restaurants, gastropubs, bars, and clubs to explore. At the end of a long day of events at the Boulevard, check out any of the rooftop restaurants and bars, all within walking distance from the Festival’s venue. You can also venture out into the posh neighbourhood of Abdoun for more international options, or downtown for a more local experience. 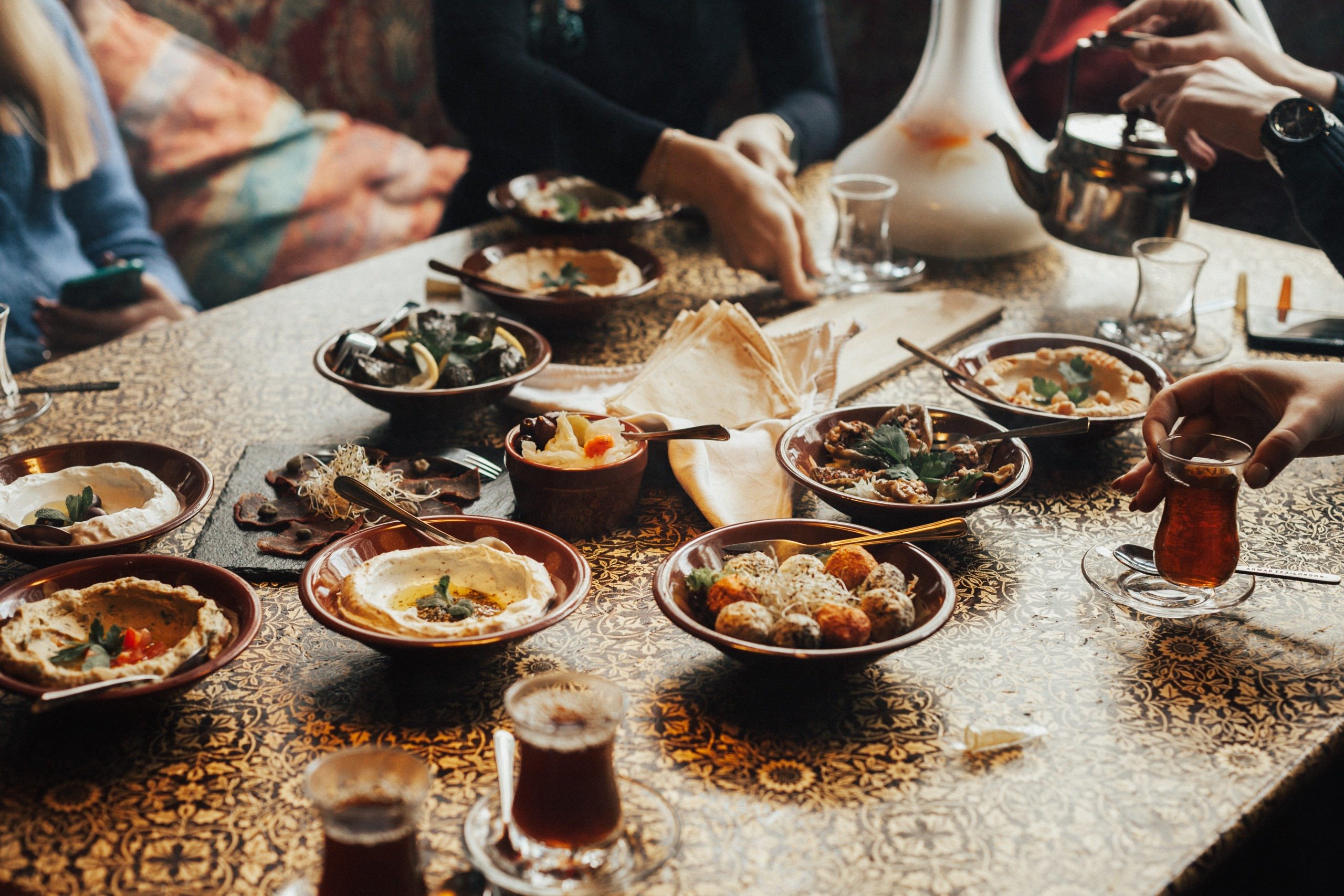 Jordanian heritage is rooted in hospitality and, as such, has fostered an unparalleled food culture. Go in pursuit of the perfect falafel, hummus and mezze in the heart of old town Amman and end your meal in the same area with the traditional “knafeh”. You simply must try the Jordanian traditional dish “Mansaf”, which is made up of lamb, meat, and rice, also “Musakhan” and “Maqloobeh”. But, if you are not fond of Middle Eastern food (although, how can one not be?!), you can find a whole variety of international cuisine, from Asian to Italian, French or Mexican, in addition to fast food offering. 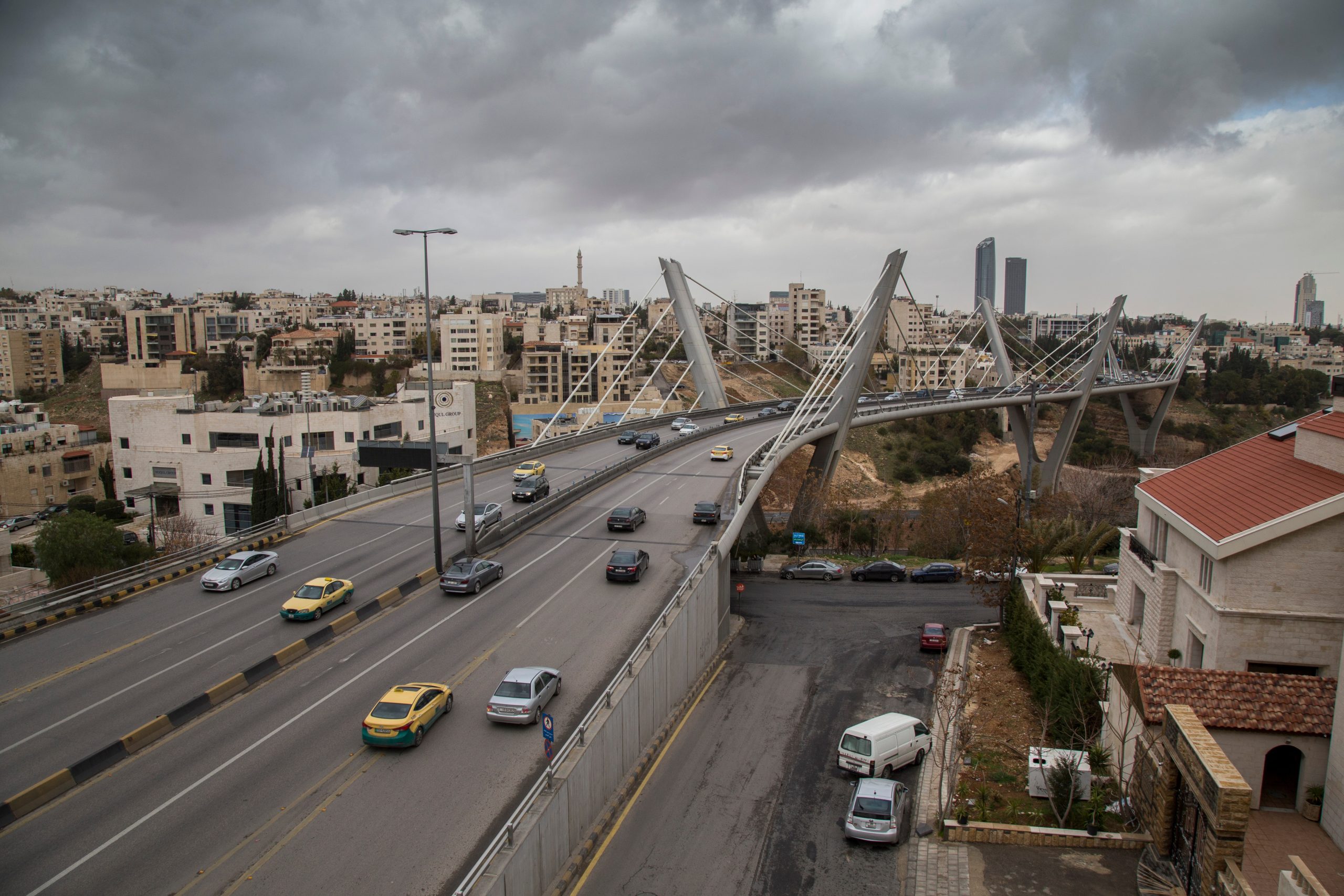 Ride sharing apps are the most dependable form of transportation for visitors and locals alike, and the next car is rarely more than a couple of minutes away even in the latest hours of the night. An average ride varies from 2 JODs to 5 JODs. Additionally, local yellow taxis, as well as public buses are available. If you are staying a few more days in Jordan, we recommend you venture out of the Capital and explore more of the country itself. You can go for a day trip to Jerash, one of the best-preserved Roman cities in the region, or go for a swim at the Dead Sea, the lowest point on earth, and enjoy the weightless feeling of floating in its salty waters. Alternatively, you can hike in the lush reserve of Ajloun; and if time allows, spend a night in one of its ecolodges.